CMS Magento will be an ideal solution for those who are engaged in eCommerce. After all, the capabilities of Magneto can satisfy almost any desire of the owner of an online store. The development of an online store on Magento will be an excellent solution because this CMS originally laid out an extensive list of functions. In essence, you do not need a programmer - everything is ready. The management of the catalog of goods is automated. Among the functions available by default, such useful options as step-by-step filtering, grouping in bundles, the last viewed and added products, delivery modules, shopping cart, payment, reviews, and recommendations.

Professional website development at Magento will provide you with further convenience in managing your online store. Editing the necessary sections and publishing new information on your site will not be difficult. Thanks to competent specialists and years of experience in website development, you will create a truly high-quality product. You can choose a Magento developer from our list of top Magento development companies. 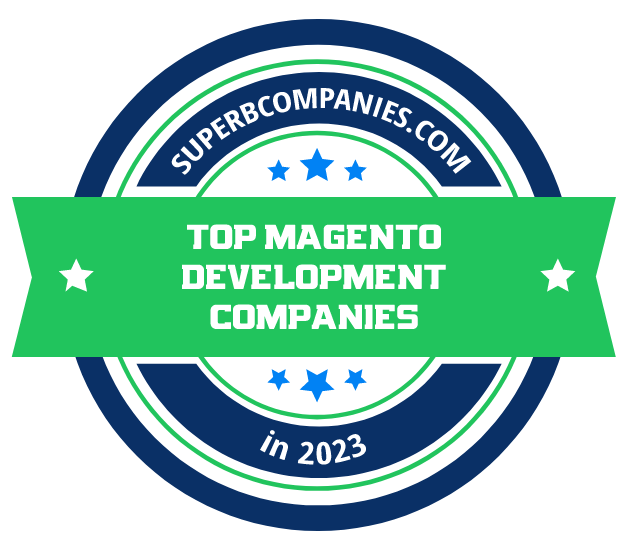 Curotec is a software development company with numerous awards. The company is well-known for its solutions from the custom application and mobile development to SaaS and CRM integration, which are designed and developed to help the organizations reach goals. Curotec was founded in 2010 in an area known as the Philadelphia Main Line.

Elser is a certified Magento eCommerce development company that has proven expertize in delivering top-notch web development, mobile app development, and digital marketing services across the globe. We are currently based in Lakeland, USA.

We have a creative team of designers and developers that make all the efforts to bring your virtual dreams into reality. Our professional team has gained prowess in developing customized Magento solutions and third party extensions with great flexibility and scalability.

We promise of delivering high-quality eCommerce and web development services keeping in mind the highest levels of international standards. Apart from this we even assist you in developing new Magento eCommerce applications from the scratch. We deliver highly attractive eCommerce designs that are superlative by nature and are second to none.

You can avail the services of our professional Magento developer and WordPress developer for Offshore development, custom theme design and Ecommerce website development across the USA. Our professional team consists of more than 200 qualified and experienced IT professionals comprising of developers and designers providing a wide array of services, including:

We specialize in taking over the development of existing Magento 1 and 2 Websites and fixing any long-standing issues previous agencies were unable to address.

Adeo Web is an eCommerce agency with 10 years of experience in developing successful ecommerce solutions.

We design, build and scale B2B and B2C digital solutions for our clients. With our vast network of specialized partners we cover the integrated development of a web solution with a result oriented approach.

Atwix is a Magento Contributor #1 of 2018, having delivered 364 code contributions into the platform throughout the year.

Founded in 2006, Atwix is a Magento agency, delivering full service solutions to businesses globally. Atwix is a Magento partner with certified developers and deep expertise in ongoing maintenance and support, performance improvements, design and development.

BelVG is an ecommerce development company based in Minsk, Belarus. We also have office in Latvia and representatives in Austria and Canada.

We make webstores since 2004 and work with the most popular ecommerce platforms Magento and Prestashop for almost 10 years.

We develop various extensions to these platforms, which are available on our Magento and Prestashop stores.

We also can develop a new extension according to your requirements and wishes.

Demac Media is an award winning eCommerce solution provider based out of Toronto, Canada. As the largest Magento Gold Solutions Partner in Canada, Demac Media was awarded the Magento Partner Excellence Award in 2012, which placed the company among the Top 10 Magento Partners worldwide.

Co-founded by two friends who had a passion for eCommerce and a vision to build a company they’d want to do business with, CEO Matthew Bertulli and CTO Dimitri Colomvakos have taken the Canadian eCommerce scene by storm. From day one the company’s mission has been to be at the core of eCommerce and help grow the industry within Canada. The company represents over $2 billion in annual retail sales in Canada alone, and powers much of the technology behind Bench, Scotch & Soda, Ardene and Stokes. The company has strategically partnered with industry leaders such as Magento, Canada Post, PayPal, and Shop.ca to position itself at the forefront of Canadian eCommerce.

Since 2008, Demac Media has been helping Canadian businesses build an effective and successful eCommerce presence from the ground up. From design and development to integration and optimizing everything in between, the company acts as a strategic piece of a merchant’s online business whether it be B2B, B2C or a variation of the two.

Codilar is a certified Magento Development Company based in Bangalore, India. We are experts in crafting beautiful and feature-rich eCommerce website.

Ecommerce is all set to take the retail sector by storm and we, at Codilar, are generating superior technologies and best practices to create a better world for the e-commerce industry.

We have an efficient team of solution specialists and designers with an eye for unmatched creativity. A force of certified Magento experts is keeping on their toes to provide feature rich Apps and Websites for your e-commerce business.

Commerce Pundit has its roots in Atlanta and three other branches located across the globe. Dedicated to providing customized Magento eCommerce solutions to its clients, the company houses a team of experts and has experience of around a decade.

With over 250 experienced IT professionals available at service, the company aims to deliver B2B and B2C eCommerce solution to clients irrespective of the industry they belong to. Our team has a firm grip in building revenue augmented eCommerce platforms, which help our clients grow their market. With over 2 million hours of code written, our team includes over 50 Magento Certified Developers who have delivered more than 150 Magento Projects flawlessly. To ensure that every project that rolls in getting accomplished seamlessly, the team follows a tried and tested procedures.

Elogic is an e-commerce development company with a specific focus on Magento stores. We work with B2C and B2B e-commerce companies, wholesalers, and marketplace owners. Our clients sell clothes, jewelry, consumer goods, and other products. Most of them are located in the USA. But we also have a large number of customers from the UK, the Netherlands, Switzerland, and Italy.

At Elogic we provide dedicated Magento development teams to plan, design, develop and successfully launch technically challenging e-commerce websites. 90% of online stores we helped to build are successful and profitable.