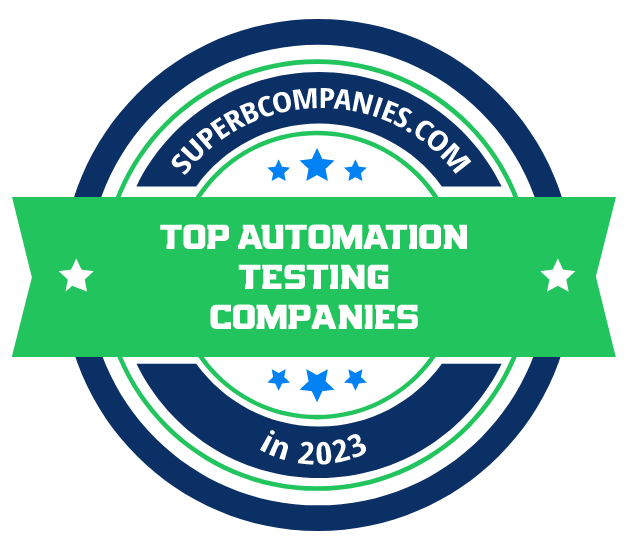 DeviQA works with customers all over the world, and, since 2010, the company has performed over 500 successfully tested applications.

The company selects a unique team for each project, which:

- gives people the opportunity to enjoy the product by making sure everything works well;

- prevents bugs in the software before users find them;

- ensures the quality of the product before the release.

TestFort is a well-known software testing firm, specializing in quality assurance and quality control. Among their customers, there are such titans as Skype, AOL, The Huffington Post, and many others. The QA team of TestFort engineers has extensive experience in various types of testing. They guaranty 100% quality of software and tests code to its last symbol!

Founded in 2001, TestFort today has been a qualified team of real experts in software testing and quality assurance for almost 20 years.

The company gives a various list of services from QA to software testing services to worldwide companies of all sizes operating in a different kind of fields. Carrying out the testing of the project, the QualityLogic team concentrates on international quality standards and tests on a variety of servers, user machines, mobile devices. With such an approach to their business, they have been able to gain the trust of customers. Among QualityLogic customers, many successful companies in various industries around the world.

QATestLab was founded 12 years ago by a group of like-minded enthusiasts in Ukraine, who is now the leader of QA and testing services. The company specializes in testing the quality assessment of games, web and mobile applications, cloud-based solutions, desktop applications, IoT products, M-commerce solutions, virtual reality solutions, as well as other outsourcing services. Ukrainian testers have a wide range of devices, tools, and equipment that eliminate costs on test configuration in their arsenal.

This Ukrainian company, specializing in software testing and quality assurance, was founded in 2001. Its head office is located in Kharkiv, Ukraine, and has development centers in the USA, France, Germany, Malta, and the Czech Republic. Currently, Qarea is the leading company in Ukraine. Today the company employs more than 280 dedicated engineers whose efforts have implemented about 800 projects. The number of satisfied customers of the company has exceeded 500.

QAMadness is a Lithuanian software testing company that was a part of the list Top 10 Software Testing Firms on Clutch.co for 3 consecutive years.

The company currently consists of more than 60+ certified QA engineers. The company has 3000+ completed web projects and 800+ mobile projects on its account. The company was founded in 2008 and provides top-notch services to customers worldwide. QAMadness specializes in testing eCommerce platforms, especially Magento.

ScienceSoft is a software testing company headquartered in the USA, was established in 1989 as a computer-aided innovation software company. Since then, it has significantly expanded and now employs over 700 IT professionals.

In the worldwide market for 30 years, the company has established itself as leading software development and IT consulting company. Such world-known companies as IBM, eBay, Robert Half, Viber, PerkinElmer, and others were ordered their services. ScienceSoft also helped to create Viber. Only for 2019, the company has served 192 customers.

The company specializes in providing services to banking, retail, healthcare, manufacturing, telecommunications, entertainment, and other industries.

QA Mentor is a New York-based software testing company. Since 2010, for years of existence, QA Mentor was the winner of many prestigious awards. The team provides about 30 QA & testing services for companies working in different fields, and it's more than any other similar company in the worldwide may offer.

QA Mentor is one of the largest companies in the United States in the QA and software testing market. With the headquarters in New York, the company includes studios in more than 12 countries. Today 300 QA experts work in QA Mentor offices. In sum, the company has implemented 876 projects for 437 happy clients in 28 countries.

QASource is a leading, highly-trusted QA testing and engineering services company that helps clients across all industries, build better quality software products faster and more efficiently. We've been around since 2002, delivering superior quality QA and development services using a hybrid onsite-offshore model that combines offshore technical talent with U.S. management and engineers embedded in our clients’ engineering departments — enabling them to avoid the risks that often accompany a remote testing team.

One of the leading QA providers offering full-cycle QA and application testing services, QA audits and consulting, test automation, and QA outsourcing services. The company was founded in 2003, and its headquarter is located in Lakewood, CO. The company has only three offices - in London, UK, Lelystad, NL, and Minsk, BY. The company employs over 700 people. The A1QA portfolio includes over 1,500 completed projects across such industries as banking and finance, healthcare, education and e-learning, media and entertainment, e-commerce, oil and gas, travel, and hospitality.

Sannacode is a web and mobile app development company that helps to turn a customer's idea into a successful end-to-end product.
Rates
25-49
Employees
10-49
Founded
2013
Country
Ukraine
Get Listed
Please, send us your contact details for feature listing

Do you have an extensive product that needs to be tested, but manual testing already takes too much time? In this way, you need to look for automated testing.

The main goal of automation is to speed up the testing process without loss of quality, as well as to save the manual testers from the routine of regression scenarios, allowing them to focus on test the application's business logic from the end-user's perspective.

No self-respecting company will release a new product without a test of its quality. Especially when it's a massive, huge project, you need to be 100% sure that everything is functioning correctly and meets all requirements. For such large-scale projects, automated testing is undoubtedly best suited. And because the quality of releasing products influences the company's reputation, customer loyalty, product usability, and, as a result, company revenue, it's vital to choose a better company among the best companies for automation testing.

Since automated testing has a number of advantages that allow it to make the test process most efficient, the demand for this type of test is very high. At the same time, the need for automation testing companies is also growing.

We at SuperbCompanies constantly conduct market research and have prepared for you the top of the best companies for automation testing. In our research, we relied on items such as:

There are several levels of software testing :