If you have got used to being ahead of the curve and want to be on the bleeding edge of software development as well, working with Koa development companies is the right decision.

Koa js is known as a Node.js framework of the next generation. It serves as a lightweight, flexible, stable, and reliable foundation for web apps and APIs. It was created by the same team that invented Express.js, another popular Node.js framework, and therefore involves all its core advantages and features while offering cutting-edge options that help considerably improve performance.

All in all, if you have decided to create your custom app using Koa js development services or want to fill in the gaps in your in-house team, competent Koa development companies can help you, providing their development, hiring, and consulting services. 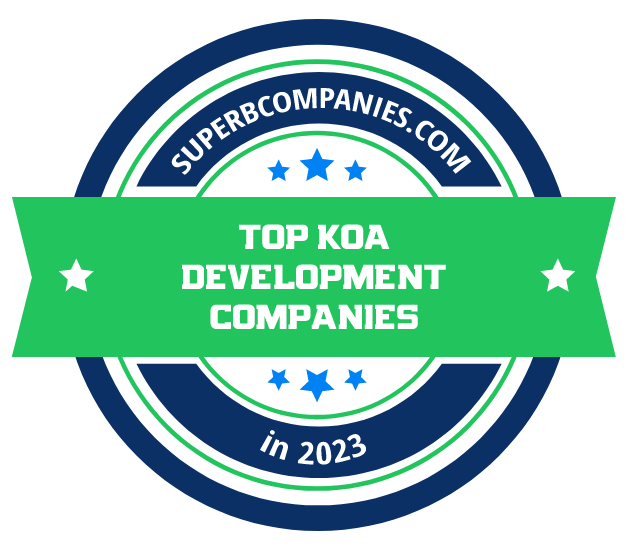 Devico is an outsourcing software company that has built products at the cutting-edge of technology during the last 10 years. After 10 years, through trial and error, Devico has become domain experts in the Fintech, HealthCare, eLearning, Media and Entertainment industries. From Desktop to Mobile – they offer a brilliant experience guaranteed to fulfil all your needs. Their agile structured teams are very efficient in agile development in continuously changing conditions.

TO THE NEW is a digital technology company providing digital transformation and product engineering services to ISVs, Consumer Internet, and large enterprises across the globe. We design & build digital platforms and products with Cloud and Data at the focal point by working on cutting-edge technologies

XB Software is a full-cycle development company of custom enterprise and BI solutions, as well as its own web products. During 11 years, XB Software is providing web & mobile app development, business analysis, and quality assurance. Their team consists of 150 specialists and works under the two contractual models: Time & Materials and Fixed Price.

While Express.js still stays in the lead, Koa js is becoming more and more popular these days, having every chance to catch up with its predecessor.

Thousands of software developers have highly appreciated the Koa js framework and added it to their tech stack.

With the help of competent Koa developers, you can create high-performance, robust, and highly customized software solutions.

To let you understand the benefit of working with Koa development companies, we should dive deep into the advantages of the Koa js itself, so let's consider this platform in detail.

Koa is an extremely light framework with about 2K LOC. It includes only the bare minimum required for fast software development.

Koa js framework has been designed with the purpose to provide developers with as many opportunities as possible. That is why Koa js tries not to impose any restrictions on developers. It does not include any off-the-shelf middleware. It refers even to routing. Koa enables developers to be more flexible and expressive, encouraging them to create the middleware they require. However, publicly available middleware can be used as well.

The middleware cascading pattern of Koa considerably simplifies understanding and implementation of the middleware flow. Thanks to koa js development services, simple middleware can be determined and registered just in a few lines.

Koa is considered as a pretty simple platform, and it is very easy to master and use, especially if you have already dealt with Express.js.

The platform does not imply a strict folder and file structure. Nevertheless, in the process of software development, with the help of Koa, developers can leverage favorite file structures.

Usage of ES6 generators considerably simplifies the troubleshooting process due to using try/catch.

A strong likeness to Express.js

All Node.js developers at some point of time face the necessity to work Express.js. As a result, the gained experience can be beneficial for Koa using and understanding. The other way around, if you have already used the Koa.js platform before Express.js, it is much easier for you to deal with Express projects.

Using koa js development, developers can write more succinct code. It can be explained by the fact that the platform eliminates callbacks due to the usage of modern ES6 generators. Besides, Koa has several HTTP utilities that simplify writing.

As was already mentioned, due to the usage of ES6 syntax, Koa lets eliminate callbacks during software development and avoid callback hell.

There is no rose without a thorn, and Koa also has some disadvantages:

As you see, Koa is a convenient Node.js platform that significantly improves and optimizes the work of developers. Therefore, working with professional koa development companies, you can be sure of getting great results.