The significance of software testing is indisputable. It is impossible to hit the market with a valuable application if it has not been thoroughly tested. Besides, there is no chance to have an edge over numerous competitors with an app overloaded with bugs. 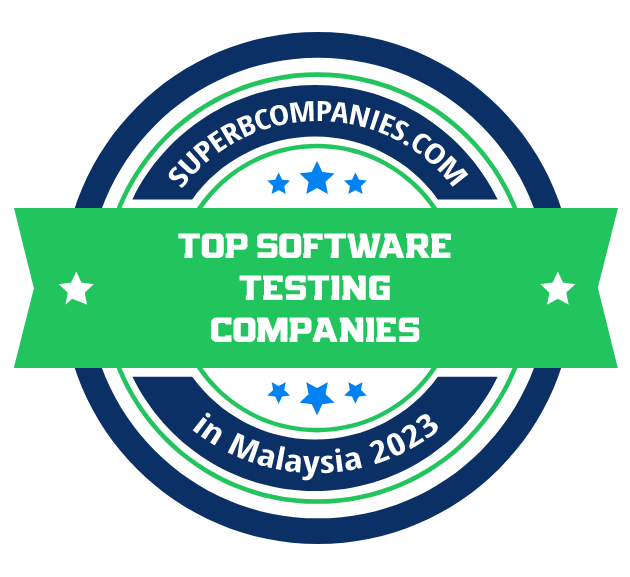 List of the Top Software Testing Companies in Malaysia

ISCISTECH is a global provider of IT solutions located in Malaysia. With almost 20 years of existence they had huge experience in software development and software testing fields, so the ISCISTECH team provides customers with only innovative, unique solutions which let their business growing.

Being one of the leaders in the Software Testing & QA market they serving companies across the world, and they have long ago earned the status of a reliable and trusted software testing partner. The ISCISTECH team is guided by such principles as providing comprehensive and user-friendly services, 24/7 customer support, and a complete focus on customer needs and requests.

LAURELSOFT is an IT Consulting company based in Malaysia. LAURELSOFT team offers its customers the full range of IT services from software development and its implementation to software testing services.

The LAURELSOFT company combines in-depth technical capabilities and knowledge with a strong team of first-class result-oriented specialists, which makes them leaders in its segment. The main goal of the LAURELSOFT team is to provide cost-effective and innovative IT solutions to customers through unique designs.

Here, you can get such services:

Hummingsoft is an IT company focused on software development, web design, and software testing. Hummingsoft has huge expertise in offering unique and innovative solutions to companies in the government sector and service industry.

The main task of Hummingsoft experts is to implement test-driven development and high-level testing tools to validate that your software applications and products work as expected and meet all their requirements.

The team of dedicated, creative, and innovative software testers, combined with years of expertise and a personalized approach to each client strive to build quality and provide excellent services in all aspects of the testing process. That is why they have gained respect among companies around the world and are considered reliable partners in software testing and QA.

Started in 2011 as a small software testing company, after almost 10 years of existence they gained respect and reputation as a reliable software testing and QA partner among companies across the globe.

Here, at Manthra Software Services company, you can get such first-class software testing services as:

Datadot Software Solution is an innovative IT company that brings high-class Information Technology Services & Solutions to companies around the globe.

Since 1999 creative minds Datadot Software Solution team provide companies of different sizes and domains with unique and innovative solutions to the most complex tasks in the field of software testing and Quality assurance.

As one of the leaders in software testing, Datadot Software Solution has a highly professional team of specialists who can support any company according to their requirements from software development services to its testing.

Among the Testing Services provided by Datadot Software Solution can be highlighted the following:

AL AiN Consultants is a software testing company located in Malaysia. Started with a small team of 3 people in 2016 for years of existence they have significantly increased their staff and gained recognition and trust among many famous local brands from the government to private companies.

The team of qualified experts and consultants provides you with support and assistance in all stages of testing, so you can be sure of the success of the testing process and the quality of your product. AL AiN Consultants team is always ready for the most complex tasks and committed to providing clients with the best solutions that meet customer's needs and expectations.

Here, at AL AiN Consultants you can get such services:

iFactory Solutions is an IT company that provides independent and excellent software testing services. With more than 13 years of experience in the software testing and quality assurance market, they have proven to be a reliable partner that provides only the highest quality services, taking into account all the needs and requirements of customers.

iFactory Solutions has built a team of real professionals, people dedicated to their work with creative minds, who are always open to challenges and the most complex tasks.

Techno Softwares is an IT services company based in Malaysia. Founded in 2012 for years of existence they gained recognition among many local and global brands.

Here you can get such IT first-class services:

Avenga is one of the global leaders in the IT and digital transformation market. Considering all the complexities of doing business in the modern world, the Avenga team strives to provide its clients with real and unique solutions based on the client's needs.

Avenga has great experience in providing innovative solutions to companies from different fields such as automotive, financial, insurance, pharma & life sciences, and real estate. Among Avenga clients are world-famous brands like Volvo, German Telekom, SwissLife, and many more.

Aurous Consultancy is one of the leading IT solutions providers based in Malaysia, Singapore, India, and Hong Kong. Over the years the Aurous team has worked with companies in various industries and has a wealth of experience in providing effective and real solutions for areas such as Insurance, Banking, Healthcare, Education, Utilities, and Oil & Gas.

In their work Aurous Consultancy team is primarily focused on the needs and requests of customers, which is why they have been able to gain the trust of many successful companies around the world.

The Aurous Consultancy team offers such high-class IT services:

Software testing is rather complicated. It is conducted on different levels, includes various types of testing, requires different tools, and can be performed by different people. In these terms, it is worth considering Alpha and Beta testing. So let’s take a closer look at them and reveal why they are executed and how they differ.

As its name suggests, alpha testing is executed first, i.e. before beta testing. It can be considered as a type of acceptance testing which aim is to make sure that software functionality works appropriately and reveal as many bugs as possible. An internal QA team carries out alpha testing checking every user flow from end to end. A test environment is used for this testing and software can be still unstable when alpha testing starts. Alpha testers do their best to reveal bugs and weak spots in software. Found issues are immediately reported to a development team in order to be fixed. Alpha testing takes more time compared to beta testing. Alpha testers follow a previously prepared plan and use all available software testing techniques - black-box, white-box, and grey-box - when there is a corresponding need. As soon as alpha testing has been successfully completed, an application under testing does not have any blockers and critical issues and is ready to undergo beta testing.

Beta testing can be considered as a completion phase of acceptance testing. It is started when all the needed types of software testing have been executed, all critical issues have been eliminated, and your QA team reports on system readiness to be released. Here a question of why to tests the system one more time arises. Every professional Malaysian software testing company would answer you that the importance of beta testing cannot be overestimated.

If alpha testers bite into software testing expecting to find numerous bugs or confirm that all software functions work as expected, beta testers check software for compliance with business requirements and users’ needs. It is indeed crucial, as an application should not only work correctly but should be helpful and valuable. In this context, no one can tell you whether your app will be well excepted by end-users than end-users themselves. For this reason, beta testing is executed by a limited group of end-users if beta testing is closed, or by all those who wish and have corresponding domain expertise if beta testing is open. So, it is obvious that beta testing is executed only through the black box testing technique. One more advantage of beta testing is that it is executed in a production environment, i.e. on different devices with different connection types utilized by the real users. It is a great way to test app performance and stability under real-world conditions. Besides, there is a chance that real users may look at the application from another perspective and therefore draw attention to important aspects of the app work that have been overlooked by the product team. As soon as beta testing is successfully completed, the software can be released with the confidence that it will satisfy users’ expectations.

Check our list of the best software testing agencies in Malaysia. Rest assured that each company from the list can provide you with efficient alpha testing and assist with beta testing.