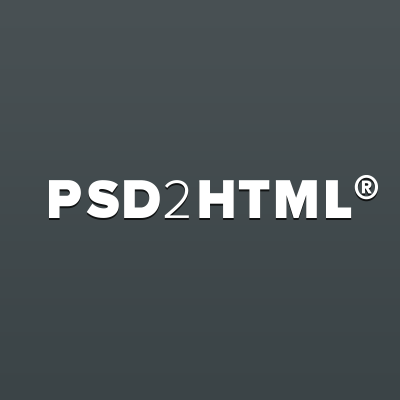 P2H is a digital company backed by a team of more than 400 professionals, P2H manages a number of well-known brands.

PSD2HTML® Founded in early 2005, PSD2HTML (https://www.psd2html.com/) was the first service of its kind and single-handedly introduced the term “psd to html." With the striking number of 100,700+ projects completed to date, PSD2HTML® remains one of the most influential players in web development.

EMAILCRAFT EmailCraft (https://www.emailcraft.com/) provides development for email newsletters and campaigns. EmailCraft has been part of hundreds of successful email campaigns for a wide variety of clients since it was founded in 2010 and introduced into the P2H Family.