As experience has shown, that bugs in software can not only frustrate users and make them cross over to competitors but can cost businesses reputation and a fantastical sum of money.

To achieve success and make users happy, it is necessary to take a software testing procedure seriously. It means that collaboration with a professional software testing firm in Singapore is a must. Besides, the earlier a QA team gets engaged, the better. With their rich experience, effective techniques, and cutting-edge technologies, bugs will have no chance to creep into production.

Still, to get the most out of software testing, your company should partner with a trustworthy software testing service provider in Singapore. To help you save time and select indeed the most suitable QA partner, Superbcompanies has picked up the cream of the crop. Look through our list of the best software testing companies in Singapore and hire the one that matches your requirements perfectly. 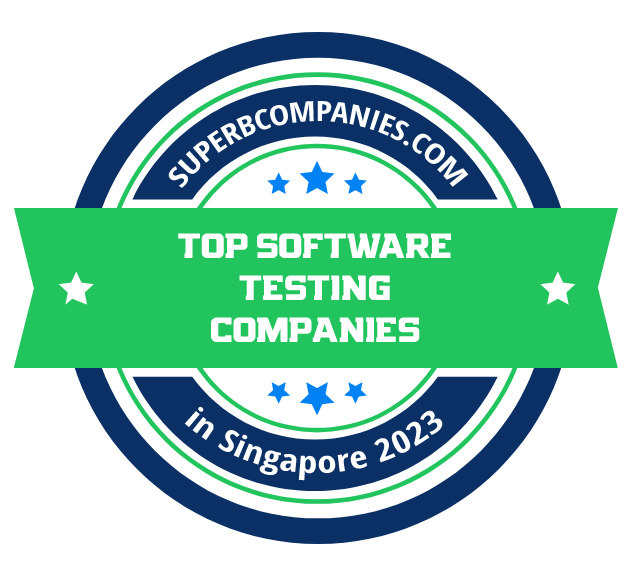 List of the top software testing companies in singapore

Perfomatix is a full stack engineering company focused on high quality AGILE product development starting from blueprinting and wireframing to deployments at scale. We partner with global enterprises, helping them to apply innovation in every facet of business.

Octal Info Solution is an IT and service-oriented firm with a presence in the UK, USA, and now Singapore. After more than 10 years of existence, they gained recognition as a world-known company, thanks to work with such famous brands as Skype, Vodafone, Microsoft, AVIVA, FIAT, etc.

Launched in Singapore as an IT company with a focus on software/web development, over the years of presence has expanded its list of services, providing customers with high-quality business process management, systems integration, and branding & digital marketing.

Each member of the Xsosys Technology team works as one, which enables to find an individual approach to each client, taking into account all the client's needs requirements and paying special attention to every detail. At Xsosys Technology knows how important software testing is, so experts of Xsosys make all efforts to make the product better as well.

Thrymr Software is an IT services company with offices in Germany, Singapore & India. At Thrymr Software the team of professionals provides their customers with end-to-end software development services as well as QA and Testing.

For Thrymr Software it took years of hard work, passion & dedication to become a brand, known among the famous and successful companies across the world.

The Thrymr team offers complete software testing and quality assurance services for web, desktop, mobile, and cloud-based applications. Here, at Thrymr Software you can get such high-quality services:

Teknotrait Solutions experts take on the most complex and demanding tasks, quickly breaking them down into their core components and applying specific methodologies to ensure successful development and testing of an endless number of applications and software.

Teknotrait Solutions brings together professionals who deeply understand the challenges and needs of a client's business and are able to create effective tools. Its mission is to provide customers with the latest and sophisticated technology to help them grow and perform better. Teknotrait Solutions operates in every dimension of the business and provides end-to-end IT solutions worldwide with the latest technology and positive changes in the information technology industry.

Tescom is a pioneer in the Software Testing industry, and one of the global's first and largest software quality assurance companies founded in 1990 in Israel and 1997 in Singapore.

During the years of existence, the company has established itself as a trusted Software Testing and QA partner that provides its customers with innovative, creative, working solutions based on the client's needs and requirements. The primary goal of the Tescom team is to help their customers achieve their business goals, with global expertise and software quality solutions.

Solutions provided by the Tescom team:

Years of experience, a huge team of multidisciplinary experts, creative and innovative solutions, all this has helped ANGLER Technologies company to gain recognition as one of the leaders of the Software Testing and Quality Assurance market.

Codoid is a software testing company which has continually transformed itself from a startup way back in 2012 to one of the top QA companies now, Led by QA leaders who are passionate in software testing and Quality Assurance.

Parasoft is one of the leaders in the global market of IT solutions and services and the best-automated software testing company.

The company has been delivering commercially successful products for nearly 30 years and has grown from one California headquarters to offices around the globe - China, United Kingdom, Germany, India, Poland, Singapore, and The Netherlands. The team of experts understands the importance not only of developing but also of launching software. They value honesty and professionalism and you can recognize that by working with them!

The company has a global presence in countries such as the United States, Canada, the United Kingdom, the Netherlands, India and Australia, and successfully collaborates with industry giants such as Microsoft, SmartBearge, QuerySurge, and Perfecto Mobile.

If you take software testing seriously, it is worth getting acquainted with its main principles in order to know the process inside out.

Testing is executed to detect bugs and fix them before a product is deployed to production. In such a way, we can be sure that an application works properly. Still, testing does not confirm that an application is completely bug-free. It helps significantly decrease the number of bugs in software, but it cannot prove that all bugs have been caught. There can be still bugs in software that can reveal themselves only under some particular conditions. This principle should always be considered, and corresponding actions should be taken to manage client expectations.

In these terms, it is also useful to monitor a system after release and foresee potential risks in advance.

We all wish it could be possible to test software exhaustively. Moreover, QA teams do their best to achieve this aim. Still, the reality is cruel. It is just absolutely not feasible to cover with tests all possible combinations and conduct testing under all possible conditions. Such exhausting testing would require a lot of resources, time, and money. This is absolutely unacceptable. Moreover, it does not make sense. Efficient test planning, proper test case prioritization, and correct risk assessment can help you cover with tests the most important app functions and reach an acceptable level of product quality, without checking every single code line.

This is indeed a golden rule of software testing. Following this principle, you can save a vast amount of money and time. In the perfect scenario, a QA team should get to work at the stage of requirements analysis, i.e. before even a single line of code has been written by developers. The thing is that requirements may contain bugs as well and it is much easier and cheaper to correct mistakes in requirements than to rewrite code in order to fix bugs in the developed software with a risk to affect another functionality and miss deadlines.

According to this principle, most bugs are located in particular software modules, i.e. the Pareto principle is applicable in this case which means that eighty percent of bugs are contained in twenty percent of the source code. Taking into account such bug density, it is reasonable to focus on these critical software areas, especially when it comes to testing large-scale and sophisticated systems that contain more dependencies. So if a bug has been found in a certain module, there is a high chance to find there many more defects.

In agriculture, when the same pesticide is used on an ongoing basis, injurious insects eventually get used to it and resist it. As a result, this pesticide becomes ineffective. The same happens with test cases. If a QA team executes the same test cases on an ongoing basis, they finally fail to detect new bugs. In this context, it is essential to regularly review and modify existing test cases and create new ones.

The context plays a significant role in software testing defining test approaches and methods that should be used to reach the set goals. There is a strong dependency between a type of application under testing and chosen testing approaches. For example, social network testing radically differs from bank system testing.

You may execute an endless number of tests and find a vast number of bugs, but it cannot guarantee that your application is completely bug-free. Even if all ins and outs of software have been thoroughly checked and all revealed bugs have been fixed, your software can be unusable as users’ expectations and needs are not met. This can indicate a gap in the business requirements.

So software testing seems to be easy just at the first glimpse. In reality, it is a sophisticated process that required a lot of resources and skills as a great number of things must be considered to provide high software quality. So choose the best software tester Singapore to hit the market with an excellent product.