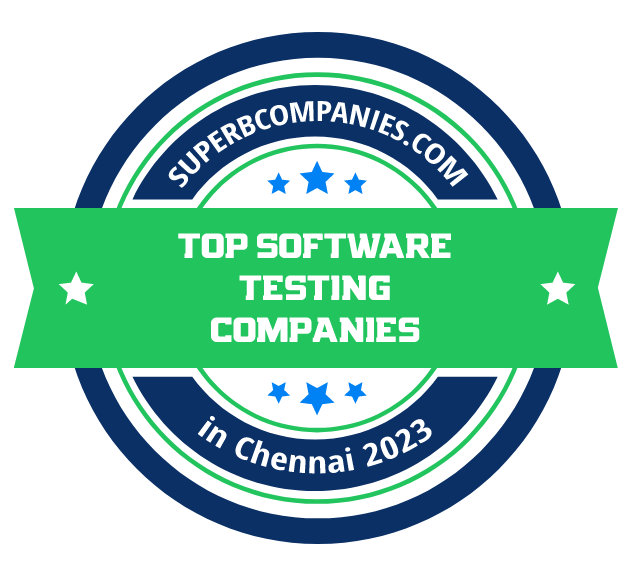 List of the top software testing companies in chennai

ItTrident is a provider of end-to-end IT services for business automation: implementation of off-the-shelf IT solutions, custom software development, and project implementation consulting.

The principle of itTrident work is an individual approach to each client and project. This ensures that the finished software will take into account all the details of a particular business and solve its problems as effectively as possible.

ItTrident works with customers in a variety of geographies and business sectors, from the smallest businesses to global enterprises, as well as the public sector, healthcare, and education. Today, the itTrident team consists of over 50 employees, who are all professionals in their field.

iStudio Technologies is engaged in web design, mobile app and web development, digital marketing, and software testing. iStudio Technologies works with startups, companies and large corporations, solves real problems, and knows what responsibility is for the decisions made. They provide strong and independent experts who are focused on efficiency in the interest of the business.

Along with software project development, the company offers services to create dedicated development teams depending on the client's needs. The team's expertise includes proven state-of-the-art technologies.

CredibleSoft Technology Solutions Private Limited providing their clients and customers with high quality and trustworthy software development, websites, web apps and mobile apps development, software testing, and designing services. CredibleSoft has been in the market for 7 years already. It develops dynamically and gets more and more clients every year. The team's professionalism is annually recognized by different ratings, allowing it to penetrate new markets. Now CredibleSoft is one of the most ambitious and leading IT companies in India.

Ninos IT Solution is a successful international IT company with years of experience in Chennai, India. The company is specialized in Web Development, Mobile Application Development, Ecommerce Website Development, Digital Marketing services, and many more. During that time it has earned trust and recognition from customers all over India in different industries like manufacturing, government, healthcare, finance, retail, and logistics.

Ninos IT Solution provides a wide range of software testing services and QA, as well as creating the best website and development, mobile application, Ecommerce, SEO solutions with the best quality.

Ninos IT Solution has a team of highly skilled young professionals who test all major stages of the software development process so that a high-quality product is achieved, created, and developed. Ninos IT Solution's team of experts makes the company's website or mobile applications at the highest level.

Codoid is a software testing company which has continually transformed itself from a startup way back in 2012 to one of the top QA companies now, Led by QA leaders who are passionate in software testing and Quality Assurance.

Indium Software is a technology solutions company with deep expertise in Digital and QA. We have over 20 years of experience, serving 350+ clients across Startups, Fortune 500 companies and Global enterprises. We've been serving customers in North America, India, APAC, Europe and South Africa. We operate through our registered offices in New Jersey, Cupertino, Singapore and Kuala Lumpur.

Our Independent Software Testing Services division has served 250+ customers over the last two decades. We developed and scaled the software testing practice by establishing iSafe, an Ai based Test Automation framework.

Our Global Delivery Centres are located in Chennai and Bangalore, India.

Ecphasis Infotech combines best practices and best foreign experience in the implementation of projects of any complexity for the development of information technology and business processes.

Ecphasis Infotech has been working in the IT market for 12+ years. The main specialization of the company is web/mobile apps development and digital marketing services. Ecphasis Infotech is providing a full spectrum of IT Solutions for all Enterprise & Industry scales right from small to large-sized businesses.

Ecphasis Infotech offers its own innovative solutions and digital services for financial and insurance companies as well as retail and logistics.

The company has successfully completed over 250+ projects and satisfied over 200 clients.

Scrutinysoft has been working in the IT market of software development and business automation since 2015. Its main potential is a team of professionals with significant experience in implementing IT projects.

The main directions of Scrutinysoft's activity are:

Scrutinysoft adheres to the following principles in its work:

Dextra Technologies is a web and mobile app development and digital marketing company in Chennai, India. Dextra Technologies has been implementing a variety of projects using the full range of modern information technology capabilities for many years.

Thanks to high professionalism and experience, Dextra Technologies always offers the best solutions for your business. Individual approach to each client allows them to solve tasks with high quality and in the shortest time possible.

Niyati is a design-driven technology company that offers products for business process automation; manufacturing, quality control, and support services for information systems and solutions. Niyati builds its relationships with customers based on the principle of long-term mutually beneficial cooperation, the basis of which is the high professionalism and accumulated experience of its team.

Their expertise in software development and the ability to engage specialists with a wide range of competencies allows them to fulfill tasks of any complexity, and to complete work in the shortest possible timeframe in strict compliance with the customer's terms of reference.

For 19 years, Niyati's outsourcing and custom software development services have been provided to clients around the world. Their work covers critical applications for top-tier enterprises, international startups, e-commerce, and audience engagement solutions for global brands.

Chennai is one of the largest, fastest-growing, and visited cities in India. A vast number of software companies have offices in Chennai and make it the second-largest software exporter in India after Bangalore, while Its Tidel Park is one of the largest IT parks in Asia. Consequently, there is no shortage of software testing services providers as well. Numerous software testing companies in Chennai offer a wide range of services for reasonable prices. They deal with the apps of different types - web, desktop, and mobile, easily onboard any project whether it is Agile or Waterfall, and provide an access to the rich talent pool.

To provide first-class software testing services and deliver a product of high quality, the best Chennai software testing companies get to product testing as early as possible and test it thoroughly on different levels in order to find out all possible weak spots, defects, and their root causes. QA experts differentiate four levels of software testing. Testing on each level is executed one by one. So let’s take a closer look at each one.

This is the first round of software testing in which each code unit is tested separately from the rest to make sure that it functions as expected. A code unit is considered as the tiniest testable software part. In essence, an entire module or class, as well as an individual function or method can stand behind a unit. As long as the white box technique is leveraged to execute unit testing, it is usually conducted by developers who write special code to test a software product. The interesting fact is that unit tests are created before software development. This approach lets developers better understand the way a product should be built. Unit tests can be rerun later each time whenever it is needed. First of all, it is useful to rerun unit tests after the source code refactoring or any modifications to make sure that nothing has been damaged and works as well as before. And otherwise, if something doesn’t work as expected the root cause can be easily detected and the problem can be eliminated on the spot.

Still, since unit testing does not consider unit dependencies and interactions, it cannot cover all issues. Therefore software testing at the rest levels must be executed as well.

As long as code units must work properly not only in isolation but also while being combined, integration testing is executed as well. Its core aim is to assure that the units can efficiently function together. Integration testing can be executed in a few ways. Let’s consider them more precisely.

As you may guess, this approach implies a mess related to the fact that all code units are combined at once to undergo testing. The key drawback of big-bang testing is the difficulty to uncover defect localization. Besides, as all units are combined at once, units of high importance are not tested thoroughly in isolation. Generally, big-bang testing is suitable only for simple and small projects.

According to bottom-up integration testing, code units of lower-level are tested foremost, and then high-level units are gradually added to be tested as well. Drivers are utilized to simulate absent high-level code units. Such an approach helps easily identify the defect localization. As for the drawbacks, the key ones are an inability to provide an early prototype and the fact that the critical units are verified after all others.

In this case, integration testing begins with higher-level code units and bit by bit proceeds to units of the lowest level. Top-down testing requires the use of stubs that are pieces of code that substitute lower-level units not being ready yet. Top-down testing also makes it easy to define defect localization and gives an opportunity to provide an early prototype. However, units of lower levels can be checked improperly.

In fact, sandwich testing is a simultaneous execution of top-down and bottom-up testing, which means that code units of all levels are tested at the same time. Both stubs and drivers are actively used in this case. This type of integration testing is rather complicated and requires special experience and time, as a lot of drivers and stubs must be created in advance.

At this level, the whole application, at last, is tested as a unity. The objective of system testing is to assure that the software complies with the stated requirements and QA standards. Besides, at this level, there is an opportunity to check also non-functional aspects of software work like stability, reliability, security, usability, and many others. System testing is crucial because it ensures that an application under testing complies with the whole range of business, functional, and technical requirements.

As you can see, the variety of test levels is just one more reason to bring your product to a software testing company in Chennai as early a possible. When an application is more thoroughly tested, a greater number of defects are detected; this ultimately leads to higher quality.