If you are one of those who understand the importance of software testing and search for a reliable software testing firm in California, our list of the top software testing companies in California can be useful for you. The Superbcompanies analysts have carefully studied the local QA market and picked up its absolute leaders. So check it out and do not hesitate to get in touch with the companies that perfectly match your requirements. 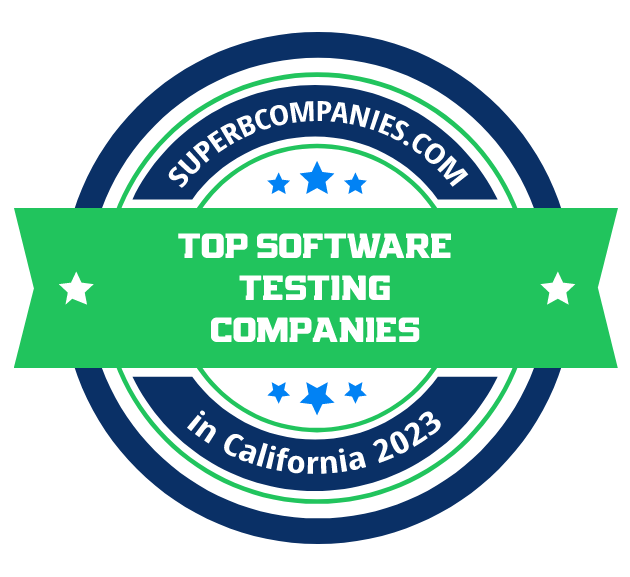 List of the Top Software Testing Companies in California

Parasoft is one of the leaders in the global market of IT solutions and services and the best-automated software testing company.

The company has been delivering commercially successful products for nearly 30 years and has grown from one California headquarters to offices around the globe - China, United Kingdom, Germany, India, Poland, Singapore, and The Netherlands. The team of experts understands the importance not only of developing but also of launching software. They value honesty and professionalism and you can recognize that by working with them!

Spiral QA has been involved in software testing for more than 8 years. The company has more than 50 employees in its offices in San Francisco and Minsk, Belarus. Spiral QA is a team of consultants, software testers, support engineers, test engineers, and project managers, all of them are experienced professionals with post-graduate degrees.

The company works with local and global companies in different industries, which allows its employees to gain unique experience, creating full-featured solutions tailored to the specifics and needs of the client's business.

During its existence, Spiral QA has completed over 200 successful projects with over 25,000 tests that cover a variety of business domains, including education, travel, media & entertainment, e-commerce, engineering, edtech, and more.

Some facts about Spiral QA company:

Solvd is a software development company headquartered in Roseville (California) with a strong focus on testing and QA.

The company’s expertise is built upon vast technical background and more than 160 successful projects ahead. Customer-oriented approach to the quality of services they provide brought Solvd wide recognition and opportunity to work in such domains as FinTech, EdTech, Fitness, Health, Media, Logistics, and others.

The company operates in both outsourcing and outstaffing approaches. Solvd can take full responsibility for your project and deliver a cutting edge solution from scratch. On the other side, you can hire a dedicated team or even a single domain-qualified engineer, who will be the perfect match for your existing project.

NEKLO is a product engineering company and global provider of ecommerce development services, which works to deliver superior software and apps to leverage your growth. We focus on high-loaded web development and integrated ecommerce solutions, as well as provide the full spectrum of Magento-based services. NEKLO has developed more than 30 Magento extensions, and we don't stop there. Our main focus is Magento development. We’ve been working with this platform for 9 years. We have delivered over 50 Magento projects. A big number of them are long-term, and NEKLO continues supporting and maintaining them up to now. Our team consists of 20 Magento developers, and 80% of them are Magento Certified. Besides developers, we also have DevOps, PMs, and QAs in-house. NEKLO's headquarter is located in the USA, California, and the development center - in Minsk, Belarus.
Rates
25-49
Employees
50-199
Founded
2009
Country
United States

TestFort is a well-known software testing firm, specializing in quality assurance and quality control. Among their customers, there are such titans as Skype, AOL, The Huffington Post, and many others. The QA team of TestFort engineers has extensive experience in various types of testing. They guaranty 100% quality of software and tests code to its last symbol!

Founded in 2001, TestFort today has been a qualified team of real experts in software testing and quality assurance for almost 20 years.

QASource is a leading, highly-trusted QA testing and engineering services company that helps clients across all industries, build better quality software products faster and more efficiently. We've been around since 2002, delivering superior quality QA and development services using a hybrid onsite-offshore model that combines offshore technical talent with U.S. management and engineers embedded in our clients’ engineering departments — enabling them to avoid the risks that often accompany a remote testing team.

An independent partner to evaluate software quality with experience in different technologies for any type of software.

ThinkSys is an award-winning technology company, is a leading provider of Software Development, QA and ITservices. Based in Sunnyvale, CA and offices in NOIDA, India. ThinkSys serves clients worldwide.

QualitestGroup is one of the largest, independent services provider of quality assurance and testing solutions. The company is on the market since 1997, and it offers Software Testing, QA, Quality Assurance, Test Automation, Consulting, Software Testing Outsourcing, Testing solution, Testing Projects, Outcome Based Testing, Right Shore Testing, and mobile testing. The major clients are Microsoft, Avaya, Sky, Multiplan, and Fiji.

QualitestGroup is a software testing company with a professional experience based on thousands of completed projects.

These days only the lazy one does not come up with some startup idea. As a result, multiple applications of the most various types pop up every day. Still, not each of them can take off and withstand a fierce rivalry. The thing is that to be a success, get well accepted, and keep end-users engaged, it is not enough to offer some brilliant idea but to bring it to life taking into account numerous aspects that influence app running and user experience. So, to make sure that your application will be highly appreciated by a target audience, it must undergo comprehensive testing. Professional software testing companies in California can provide you with an experienced QA team that will draw up an effective testing plan and execute it successfully. They will thoroughly test your software to detect bugs and vulnerabilities and reveal possible weak spots that can let prospective users down. A wide range of tests will be executed to check app functionality, stability, reliability, scalability, security, usability, compatibility, GUI, and many other things.

Everyone who does not have any relation to quality assurance may get surprised by the range of QA specialist types. Most often we can hear about testers or QA engineers. Still, depending on the size and structure of a QA team and the particular needs of a company, the role of a tester can be viewed and implemented in different ways.

Below you can find the main roles of QA team members.

Manual QA engineers are responsible for the creation and maintenance of test cases and their manual execution. They provide inputs indicated in test cases and check whether output coincides with the expected results. They also report detected in the software defects and conduct retesting as soon as a development team informs them about the bug fixing.

Automated testing has been appreciated at its true value, and it is actively implemented these days. Automated tests help cut down test costs for large-scale projects in the long run, significantly speed up the process of software testing, enhance test coverage, and, consequently, improve product quality. As a result, professional test automation engineers are sought-after. Their responsibilities include the design of an automation testing plan, script creation, script maintenance, report generation, test data maintenance, and others.

If a test analyst answers a question of what to test, a test designer defines how to test it properly. A test designer is responsible for selecting an appropriate test approach, tools, and guidelines to execute the required tests in the best possible way. Quite often this role is also referred to as a test architect.

The role of SDET was introduced at first at Microsoft. In essence, a software developer in test is a hybrid of developer and tester. This one-man-army actively collaborates with either a development team or a QA team, has full access to the source code, actively participate in debugging, easily perform responsibilities of test automation engineer, as well as design and build test automation tools that perfectly meet project requirements. It is rather difficult to find a competent SDET as this person should have a tester’s mindset and brilliant coding skills.

A test manager can be considered as a project manager in testing. A test manager is responsible for a test strategy design, identification of test metrics, test process planning and monitoring, assignment of responsibilities, scheduling of testing activities, test effort estimation, and many others.

Whatever California software testing company you will choose, your QA team will include specialists with different roles and responsibilities that you are well aware of now.