If you need to build a large web project in a relatively short time and want it to be truly individual and complex, you should consider choosing Ruby on Rails. It can lead to cost and effort savings due to the relatively fast development process. 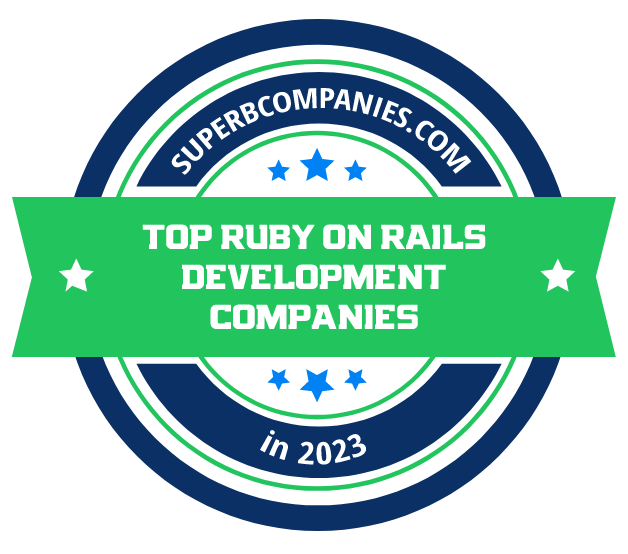 List of the Top Ruby On Rails Development Companies

10Pearls was founded in 2004 as a two-person company. For years of existence, it has become an award-winning digital transformation company with offices in the largest cities all over the world - San Francisco, Toronto, Dubai.

10Pearls team helps to empower businesses by imagining, designing, building, and delivering innovative mobile and digital products. As a leading provider of end-to-end digital services, they combine their unique Agile approach with a deep understanding of the latest technologies to support clients throughout the development lifecycle.

Among the clients of 10Pearls are famous brands like Coca-Cola, PayPal, Johnson & Johnson, National Geographic, and many others.

All Andersen's professionals team of 1600+ people from developers and QA engineers to project managers will deliver your project end-to-end, on time and in the budget, or step into key roles to augment your existing team.

We utilize a variety of popular and reliable technologies:

CodigoDelSur is a Top Mobile App development company based in Montevideo, Uruguay. For 12 years of existence creative CodigoDelSur team has been delivering the best digital products to the world-famous US companies in the largest cities of America, from New York to Los Angeles.

They have helped almost 200 US-based startups and enterprises design and develop their digital products, bringing their technical knowledge and skills in usability, growth hacking, and engagement to the table.

Among the services they are providing, you can find the following:

Infinum is an independent development & design agency, where huge ideas transform into the greatest software for more than 15 years.

Creative Infinum team due to their passion for what they do become one of the leaders in their industry. As s full-service company, they provide their clients' expertise in all digital product life phases. Among their clients, large worldwide brands like Coca-Cola, Samsung, Universal, Nike, etc.

At Infinum you can get high-quality services in Product design, Mobile development, Web development, Infrastructure, Blockchain, and Quality Assurance.

Infront Webworks is a trusted Google partner and award-winning SEO company with more than 20 years of experience.

At InFront Webworks understands that every business is unique, so professional and high-skilled team, from graphic designers to web developers and programmers, will design solutions that will be perfect reflects all the business processes in the company and meets the needs of your business or project.

Infront Webworks team provides the best services in Web Development and Digital Marketing, which will help your business grow and be a leader in your industry.

Looking to build a reliable app on time and within budget?

We can do that and even more.

Founded in 2010 as a YC startup, JetRuby Agency a smart, professional BPO company, specializing in building efficient digital solutions to help businesses grow. With more than 100 skilled employees and 4 offices worldwide, we have the knowledge, passion and integrity needed, to bring your vision to reality.

Railwaymen is a Software Web and Mobile Development company, with an enthusiastic team of talented and detail-oriented experts.

Founded in 2009 by three friends who have a passion for Ruby on Rails technology, they continue building software and apps that help companies build their business.

At Railwaymen, a creative and experienced team specialize in software development and consulting services: custom CRM solutions, CMS, both web and mobile applications tailored to individual needs and based on business requirements.

SumatoSoft is a Web & Mobile development company successful functioning since 2012.

At SumatoSoft high skilled and experienced team has developing software applications that help companies make their business easier and profitable.

For almost 8 years on the market, SumatoSoft has become a reliable partner to more than 100 companies from 25 countries worldwide. Among their happy clients, there are famous and successful companies as Toyota, Daiokan, Tartle, and many others.

Table XI is a trusted UX and design software company.

We are 45 meticulous and curious minds in Chicago with a 15+ year history of building websites, mobile applications and custom digital experiences for everyone from startups to storied brands. Our partners trust us to create innovative solutions that drive their businesses forward.

Want to learn more? Stop by one of our

Since 2008, we’ve been innovation partners for startups and enterprises around the globe, and have delivered over a 100 projects. Our clients include DraftKings (a Unicorn), Bed, Bath, and Beyond (a Fortune 300 company), and LifePrint (an Apple Partner).

As a company, we value the success of our customers above everything else and strongly believe in the correlation of customer success to regular and thorough communication, collaboration, and transparency & visibility.

EDISON Software Development Centre is a team of talented architects, engineers and programmers. Broad geographic representation allows EDISON to attract the most reliable and qualified programmers and quickly respond to the needs of customers from all over the world, all while maintaining competitive prices. EDISON offers full-cycle custom software development services, working with VR technologies, Internet of Things, MedTech solutions.
Rates
$25 - $49 / hr
Employees
50 - 199
Founded
2002
Country
Russia

A strong team of 70+ technology experts, BoTree is home to innovative solutions. We provide IT Consulting Services, Support & Maintenance, Upgrade & Migration, and Team Augmentation. Our team reduces the development cost by 25% to 40%. Hire developers proficient in fast-track solutions to IT problems and get a competitive edge.

Ruby on Rails gives you the power to build any product you want. Ruby is a dynamic, open source programming language with a focus on simplicity and productivity. It has an elegant syntax that is pleasant to read and easy to write.

Boxed CMS is not suitable for non-standard sites or when we are talking about really high demands on speed and load resistance. In these cases, you better choose the Ruby on Rails framework as the development platform.

To be clear (for those who don't know), Ruby is a programming language, while Rails is just a framework written for Ruby. At the moment, Ruby on Rails is the most advanced MVC platform, among others. For Ruby, the most popular framework is Rails, more than 90% of web applications written in Ruby use Rails.

There are legends that the best Ruby On Rails developers are not easy to find or cost significantly more than their colleagues. There are really high-level professionals in the community of the best Ruby On Rails developers, as for many developers, Ruby is a second or third language. So it's worth noting the fact that professionals mostly use the Ruby programming language. Therefore, even a beginner Ruby developer is an experienced web developer with a lot of knowledge and experience. Thanks to our list of Ruby On Rails companies, it's not so hard to find top ruby on rails companies.

Benefits of Ruby on Rails:

Ruby on Rails can save you the time.

The speed of development of web projects on Ruby on Rails is always higher than in any other programming language. Moreover, it increases by about 30 percent compared with all the others. This is possible thanks to the huge set of tools RoR, a large number of ready solutions, and efficient work in the language Ruby.

RoR is сustomized for project security by default. When using Ruby on Rails tools, be assured - your software would not be attacked. All input parameters are screened by default. Output variables in templates are also screened only if you have not specified the reverse option. The developer has no chance to make security errors (not without exceptions, of course).

Unlike other frameworks, RoR has excellent opportunities for automated testing.

Ruby on Rails also supports the creation of templates for the frontend. Writing HTML code on your own without automated generators is difficult, time-consuming, and expensive, so the framework works with a variety of template engines:

Growth of Ruby on Rails

Every month and every year, new updates are released for Ruby and the Rails framework. The sixth version of Ruby on Rails is now available:

Most of the changes and improvements are related to the top Ruby On Rails experts requirements to the language.

Ruby on Rails is best suited for: